The excess of plastic waste floating over the Oceans has become a highlight topic on the media. Coincidentally, recent footage of a plastic waste wave in Haiti has opened TV news around the world. Over the last decade, European Institutions have promoted studies and debate about the future of plastics utilization in Europe. They have been centred on regulating the use of plastics in packaging materials – following a policy of taxation – and in attempts to limit the production of non-biodegradable plastics. Regarding production limitations, political debate within the EU has shown a clear split between those who believe that efforts should be concentrated on the recycling policy for existing plastics, and those who understand that, in addition, the use of biological raw materials and the production of biodegradable plastics should be encouraged.

Portugal has been a pioneer in the taxation policies for non-biodegradable and non-biological plastics – closely following the French initiatives. However, Portugal can be even more active in defending the policies which, facing the challenges head-on, but also the opportunities brought by the evolution of science and technology, allow Portugal to take on a leadership role in the productive utilization of the resources at its disposal in this sector. If, in what concerns the emissions of plastic waste to the Oceans Portugal has a limited role (as a limited producer and user of plastics), on the other hand, it can and should play a leading role in the initiatives related to the retrieval of wastes and in their recycling for new applications. Active policies in this field may contribute to the valorization of fishermen’s income sources, better utilization of the available harbor areas and interconnection between sea industries and traditional industries.

However, the real untapped potential is the use of marine resources for the production of bioplastics: novel materials, of vegetable origin (seaweeds and microalgae), constitute a potential and highly valued source of starch and other organic compounds, which, by bioprocessing methodologies traditionally used for other biomass refining (e.g. sugarcane), can become raw material for high quality, biodegradable, bio-sourced plastics. The relevant efforts, especially from Brazil, in the production of bio-sourced plastic packaging materials (the largest Brazilian chemical company built a mega-factory for the production of sugarcane-derived bioplastics I’m Green™), wither before the vast amounts of freshwater and arable land needed for sugarcane plantations. On the contrary, bioplastics production from algae don’t require arable land or freshwater. The technology for their mass production is currently available, and Portuguese tech-based companies have played a preponderant role in their development, as part of R&D consortia supported by EU funding. Bioplastics production from marine origin could become a strategic impact opportunity for Portugal, by connecting the maritime economy to the traditional industry sector. Who knows if, in a few years, a new trademark for marine bioplastics packaging materials will surface in Portugal, as a product of the new blue economy…?

Member of the Board at A4F – Algae for Future. 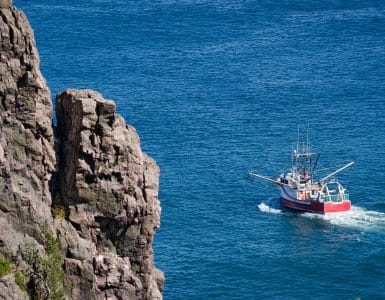 In 2002, the Lower North Shore of Quebec, Canada was struck with a fishery crisis resulting from the closure of the local crab and cod fishery. For the affected small isolated communities along the Gulf of St Lawrence...

Algae, an effective lever for carbon-free agriculture and consumption

The Olmix Group is a French SME based in Brittany with a turnover of 155 million euros (2017)—80% of which was exports. The Group works through a worldwide network of 27 locations and 800 partners in 100 countries. Blue... 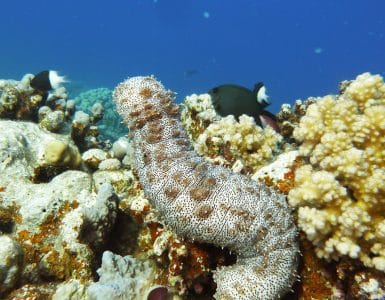 Mexico is a large country that has an exclusive economic zone covering an area of 2,715,012 km2. This is more extensive than the continental surface of Mexico, the North Pacific region being the most important in...