Immense quantities of rare earths discovered off the coast of Japan

The 21st century’s ‘black gold’, rare earths are a group of 17 metals (scandium, yttrium and the 15 lanthanides) that share certain properties. Mined since the 1940s, they have become strategically important minerals vital to the manufacture of high-tech equipment (smartphones, computers, etc.) as well as to the transition towards cleaner forms of energy (wind and solar power, electric vehicles). China currently accounts for 90% of global extraction, but Japanese researchers may have recently discovered the world’s largest reserve of rare earths in the depths of the Pacific Ocean. Located over a surface area of 2,500km2 close to the island of Minamitorishima, which lies around 2,000km south-east of Tokyo, this immense deposit is apparently to be found in the mud that lies at a depth of over 5,000m. The authors of this discovery claim that it will be possible to mine these rare earths ‘in the near future’, and that the deposit is large enough to supply global demand for centuries to come, reducing the world’s dependence upon China’s reserves. Japan would benefit enormously: its electronics industry consumes vast quantities of rare earths, and in 2010 the country was forced to back down from a dispute over territorial waters when China threatened it with an embargo on its delivery of rare earths. 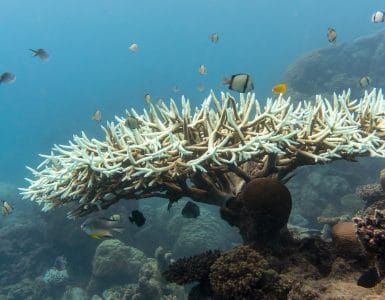 Half a billion Australian dollars to save the Great Barrier Reef

With over 2,900 individual reefs and 900 islands stretching over 2,600km and a surface area of nearly 348,000km2, Australia’s Great Barrier Reef off Queensland is the largest coral reef and the largest biogenic...