Half a billion Australian dollars to save the Great Barrier Reef

With over 2,900 individual reefs and 900 islands stretching over 2,600km and a surface area of nearly 348,000km2, Australia’s Great Barrier Reef off Queensland is the largest coral reef and the largest biogenic structure (created by living organisms) in the world. Visible from space, the Great Barrier Reef of coral is made up of billions of micro-organisms (coral polyps). This unique ecosystem, home to incredibly diverse forms of marine life, has been badly damaged by rising sea temperatures and the coral bleaching this causes. The reefs are also threatened by industrial and agricultural activities as well as by the crown-of-thorns starfish (Acanthaster planci)—an invasive species of starfish that devours coral polyps. In order to protect the Great Barrier Reef, which has been on UNESCO’s World Heritage List since 1981, Malcolm Turnbull, Australia’s former Prime Minister, announced that over 500 million Australian dollars would be made available—the government’s most significant investment to date in this field. l 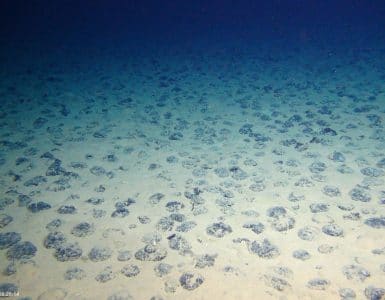 Immense quantities of rare earths discovered off the coast of Japan

The 21st century’s ‘black gold’, rare earths are a group of 17 metals (scandium, yttrium and the 15 lanthanides) that share certain properties. Mined since the 1940s, they have become strategically important minerals...