Blue Innovation. The sea has always been an important part of the Portuguese identity—both historically as well as geographically—and your government aims to double the ‘blue economy’ share of Portugal’s economy to reach 5% of GDP. Along what major lines will the country’s ‘blue economy’ have to be developed in order to realize such growth?

Ana Paula Vitorino. In what concerns the blue economy, Portugal is focusing its efforts in the compromise between generating a new cycle of economic development and creating more environmental sustainability. To make these objectives operational, we have two policy lines: The first is to ensure de competitiveness of our ports and the promotion of a global network of Port Tech Clusters and Green Shipping; the second is the promotion of new blue economy activities, like ocean renewable energies and blue biotechnology. This policy line focuses on ports, as privileged access point to the sea and to installation of maritime industries. The port system must be at the forefront of the realization of the blue circular economy. And it must do so not only by increasing its energy and environmental efficiency, but also by acting as a change agent, promoting the emergence of innovative companies that make the blue circular economy happen. This will be achievable on a global scale through the creation of a global network of Port Tech Clusters, accelerating platforms for sustainable blue business technology and innovation. The promotion of Green Shipping accelerates the introduction of technologies and solutions that reduce and eliminate emissions of particulate matter and greenhouse gases or allow the treatment of ballast water. The International Maritime Organization has already established that the limitation of 0.5% of sulphur emissions on the global sea routes will come into effect from 2020, as well as a reduction of 30% in CO2 emissions in 2030. The second policy line, promotion of new ocean economic activities, requires investment in research, science and innovation, and also a support for the transition between the phase of knowledge consolidation and the phase of commercialization and industrialization. These are activities without track record in our economies and still without consolidated technology, affordable and easy to use.

What public means of financing are available in this regard?

For accelerating this innovation effort, it is necessary a blended financial policy with national and international resources, with private and public resources. In Portugal we have available 600M€ for supporting science and innovation in the ocean economy, organized in three financial mechanisms:
• Mar 2020, that supports the development of fisheries and aquaculture
• Blue Fund, that supports the development of the sustainable ocean economy activities, and has the capacity for making co-finance agreements with public and private entities
• EEA Grants, that also supports the development of new R&D and innovation activities in the blue economy
We expect that these instruments help to starting-up a vibrant and prosperous blue economy, that generates inclusive wealth and jobs.

Do you think the EU is doing enough to support the development of the ‘blue economies’ of its member states?

The EU has been quite active in this regard. In fact, Commissioner Vella has been developing a proactive and innovative approach, putting a lot of effort on really going beyond the traditional spectrum of fisheries and maritime transport.
He has embraced «frontier» themes, designing policies and attaching financing to them, like ocean renewable energy and blue biotechnology. Furthermore, based on this effort, the Commission is preparing to launch a Blue Investment Platform, a mechanism that aims to connect blue entrepreneurs with investors, as well as to aggregate in the same innovation network the public and private investment funds that want to invest in the blue economy. But, despite all this dynamics, the message has still a long path to go through for the top policy priorities. Europe has to bear in mind that its maritime dimension is a highly strategic advantage for its international projection and leadership of a sustainable development model.

The Portuguese government’s claim to extend the limits of the country’s continental shelf would double its exclusive economic zone (EEZ), turning it into the world’s 10th largest. The sea would then represent 97% of Portugal’s total territory. What do you think the economic impact of such an extension would be?

It is an enormous opportunity for growth, but also a considerable responsibility. The ocean strategy in Portugal is based on three axes: Promotion of blue knowledge and sovereignty, including ocean literacy, safety and security; Promotion of blue environmental sustainability; and Promotion of the blue economy. The sea is an abundant source of new economic opportunities in various sectors—ports, maritime transport, fisheries, aquaculture, ocean energies, geological and biological resources—but, on the other, it has suffered the negative impact of human activity. 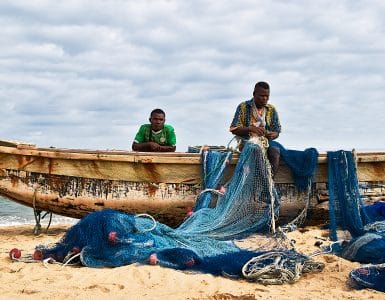 Blue Innovation. On the 15th of October 2016, at the initiative of the African Union, African heads of state gathered at Lomé in Togo for an extraordinary summit on maritime safety and security and development in Africa... 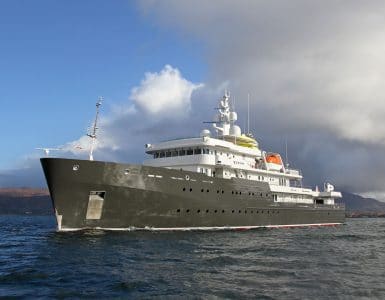 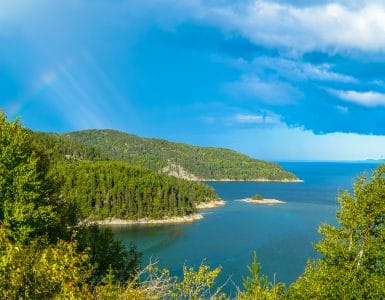 Blue Innovation. The 29th of June 2015 was a historic date for Québec. The province adopted a first grand strategy for its maritime economy: the ‘Maritime Strategy by the Year 2030’. What results has the implementation...